You’ve Got to Serve Somebody 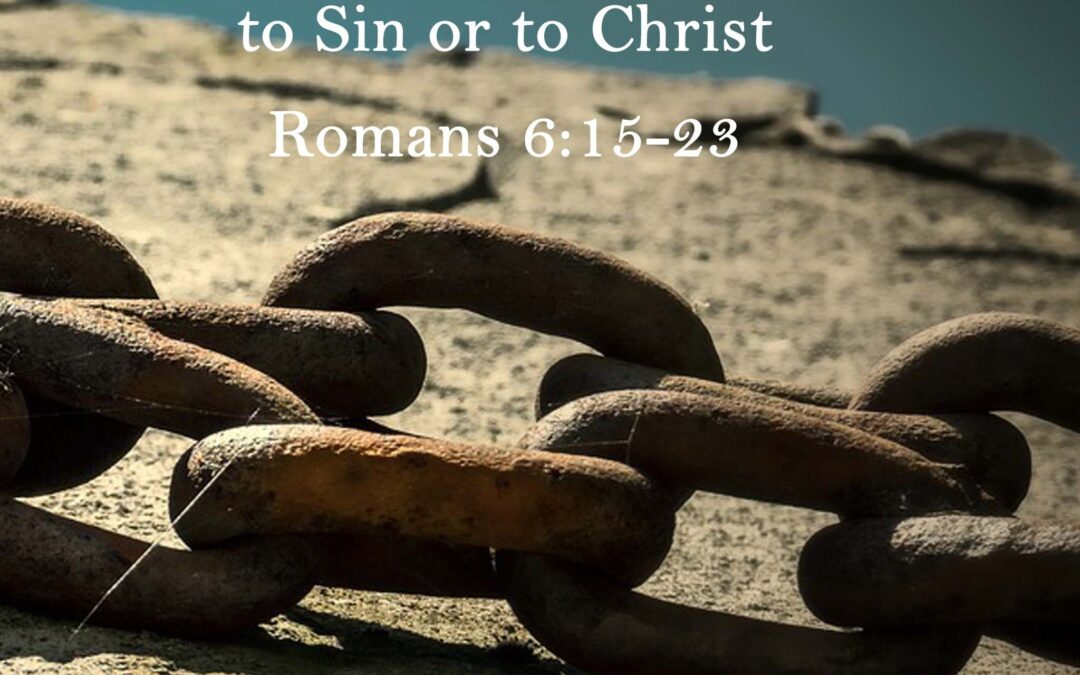 “Are we to sin because we are not under law but under grace? By no means! Do you not know that if you present yourselves to anyone as obedient slaves, you are slaves of the one whom you obey, either of sin, which leads to death, or of obedience, which leads to righteousness? But thanks be to God, that you who were once slaves of sin have become obedient from the heart to the standard of teaching to which you were committed, and, having been set free from sin, have become slaves of righteousness.” (Romans 6:15b-17)

What a remarkable lesson Paul conveys to us in the midst of our chaotic times. Paul constantly stressed salvation by grace, but realized that some would raise a question: since we have salvation not based on works, why not just continue to sin so that God’s grace will be even further exalted? Why not do evil so good can come of it?

Paul’s emphatic answer is that grace never gives anyone license to sin. Grace does not cancel out our responsibility to pursue righteousness, to do good for our neighbor whoever that may be. We have died to sin so it should no longer have any hold or power over us. Sin exerts power over us because we live in this life surrounded and assailed on every side by the world, the flesh, and the devil. We allow sin to rule over us because we choose to allow it. It continues to appeal to us.

Therefore, we must fight against all sin’s attempts to rule and enslave us. And we can succeed only by relying on the Spirit of the Lord alive in us by faith. The idea of fighting against sin and temptation should not be foreign to us if we are indeed united with Jesus. If it is foreign to us, if we find it easier to do things the way the world does, to condone sin, if we do not feel the need or the desire to put up resistance, then perhaps we ought to rethink our relationship with Jesus. Like so many of those in our society and culture we have redefined sin to excuse or commend personal lifestyle choices regarding sex, pleasure, money, material goods, violence, and political ideals.

Paul warns us that we cannot have it both ways. Those who give in to sin become enslaved by it. Those so enslaved lose their ability to choose freely. They go along their merry way, thinking they are willingly pursuing their personal lifestyle preferences or exercising their rights. In fact, Satan is dragging them around by the nose. But those who are in Christ are His slaves. They no longer live for self but for Him. They seek to act in His righteousness and walk in His will. By His grace only those in Christ can choose to do good and reject evil.