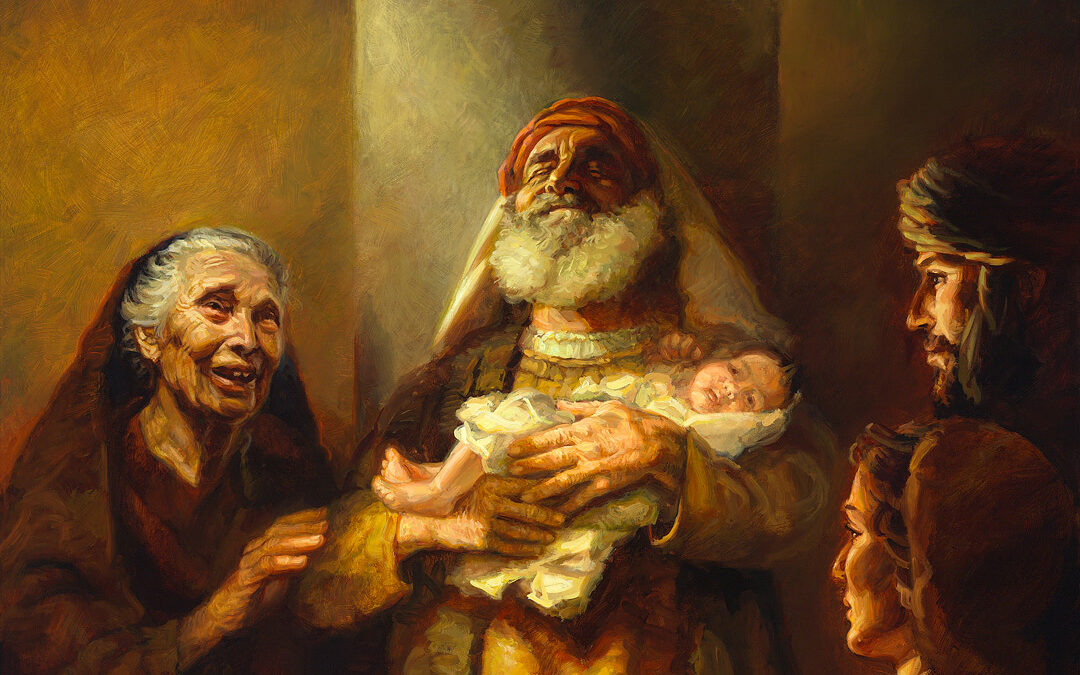 “Lord, now you are letting your servant depart in peace, according to your word; for my eyes have seen your salvation that you have prepared in the presence of all peoples, a light for revelation to the Gentiles, and for glory to your people Israel.” (Luke 2:29-32)

After the birth of Jesus in Bethlehem, Mary and Joseph offered a sacrifice at the Temple in Jerusalem according to the Law as specified in Leviticus 12. By performing this ritual, they confirmed their faith in the Lord. The Lord God also used this incident to reveal to Mary and Joseph more of who Jesus was. At the time they were aware that Jesus was called to serve a special purpose in God’s kingdom as the Messiah. The actual way He would exercise His ministry was not yet clear. Yet on this particular day they began to understand more of what the Lord had planned as they heard the words of Simeon and Anna,two elderly devout Jews who had been led by the Spirit of the Lord to meet with Mary and Joseph that day. They confirmed the revelation which had already been made known by the Lord through angels. In addition, they were among the first people toproclaim that salvation had come through this baby, the Lord’s s anointed Messiah.

These two people, Simeon and Anna, serve as examples of patience and faithfulness, qualities that bless us Christians as we wait during the chaos and uncertainty of the pandemic. Neither Simeon nor Anna had led lives of ease and comfort. They suffered and persevered through many years in a harsh and sin-filled world that tested their faith, as it tests ours.

What great joy they felt now that they realized that the promise of God had been fulfilled in the infant Jesus. Simeon spoke a prophetic word that the Lord confirmed by the prophetess Anna, words from the prophet Isaiah. These words indicated that this infant child was the fulfillment of God’s promise of salvation for all mankind. The Messiah was a light to the Gentiles as well as the Jews. Salvation has come to the entire world in this one baby. The Jews were not the only ones to benefit from God’s salvation. The promise was extended even to their enemies and those who had enslaved them, to those who did not even know then that the Lord is the one true God.

We Christians ought to consider this. Jesus is not merely to be glorified within us or the Church. Jesus does not belong to us. We belong to Him. We are His servants. He is in us as a light that we must give to the world, to strangers, to those we fear and hate, to our enemies. He is the light of truth, the light of peace for the entire world. He alone can bring hope and healing in these chaotic days.