Unity of the Spirit 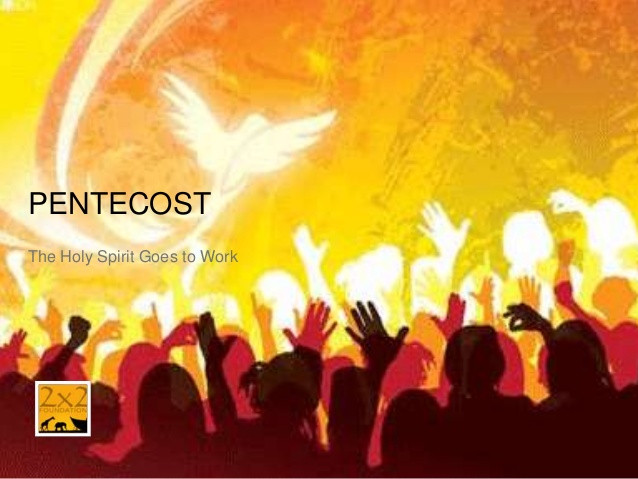 “And it shall come to pass that everyone who calls upon the name of the Lord shall be saved.”(Acts 2:21)

In the interests of identity politics, our culture is being torn apart by differing forces and movements, as numerous perhaps as the number of individuals there are alive. Some people desire that we need to come together in peace and harmony by recognizing what we have in common. Many more, however, say unity is achieved by stressing the uniqueness and autonomy of each individual. This is a paradox for such an idea has the opposite effect of unity: disharmony, hatred, violence, and intolerance towards those who hold other views, such as we who are called Christians. We are labeled intolerant for we believe in the authority of Almighty God as revealed in the Living Word, the Son of God, Jesus.

But we thank God for the Holy Spirit! On the Day of Pentecost He was poured out on the disciples of Jesus with great power manifested by intense fervor and zeal. The Holy Spirit enabled each of the disciples to speak in languages they did not know to people who did: Jews who were in Jerusalem from other parts of the Roman Empire, all gathered for the harvest feast of First Fruits. And the first fruits of the New Covenant were gathered in the church that day. 3000 people believed and were baptized. The Holy Spirit has been working constantly since that day to bring all human beings into the unity of the Kingdom of God: the Church. This is the opposite goal of identity politics and CRT. In the Church men and women of all nationalities, ethnicities and races are one with each other through Jesus Christ. We derive our identity and define our character by our citizenship in His Kingdom. We rest on the authority of His word and the joy of His forgiveness. Now in Christ all can be united by the Holy Spirit in common faith, not by their own works or by following religious laws, but by the work of Jesus on the cross.