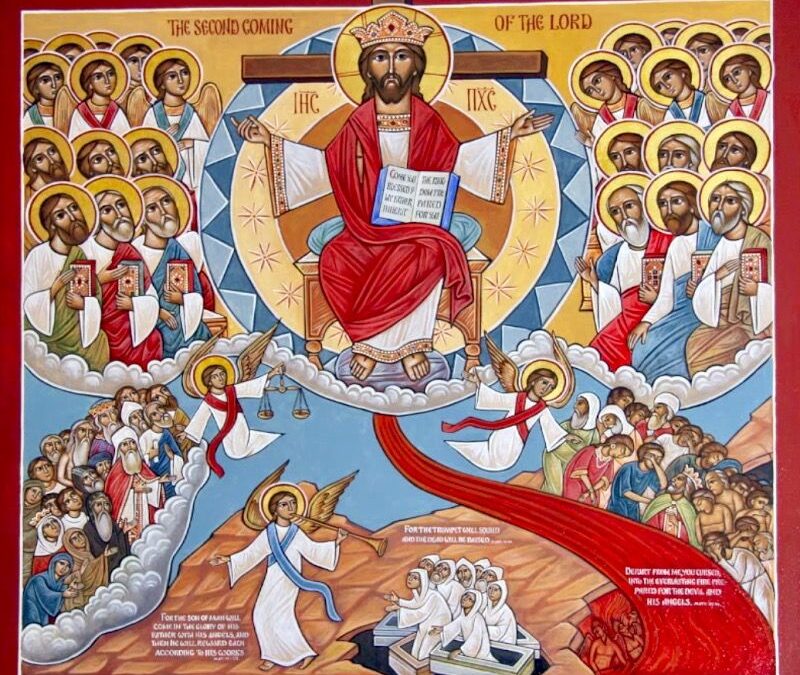 “To the church of God that is in Corinth, to those sanctified in Christ Jesus, called to be saints together with all those who in every place call upon the name of our Lord Jesus Christ, both their Lord and ours: Grace to you and peace from God our Father and the Lord Jesus Christ.” (1 Corinthians 1:4-8)

Paul refers to the members of the Church at Corinth as Saints. The word in Greek is related to the word sanctified which Paul also uses here. The idea is that the members of that Church were made holy in and through Jesus. In fact, all those who have faith in Him can be called saints, holy ones, not just those few who have done great things or performed miracles. The saint is a saint not by what he or she has done, but by the work Jesus has done.

The term Saint should make we who are believers feel thankfulness and humility. We should be painfully aware that we are not perfect, that we do not manifest holiness on a consistent basis. This was true of the Saints at Corinth. Paul wrote this epistle to correct errors and problems which had arisen among the Christians there. Many of the Corinthian brethren were primarily Greeks and Romans converted from paganism who were still living under the perverse influence of their cultural background and upbringing. This manifested itself as self-centeredness and pride with an overemphasis on the showy spiritual gifts of words of knowledge and speaking in tongues as well as a predilection for dynamic and eloquent preaching. These were considered by some factions in the Corinthian church as marks of super spirituality, indications that they had already achieved perfection.

But the Corinthian brethren were far from perfect. Factions had arisen which split the church. Consequently, the light of the gospel was darkened. When Christians take sides against each other they no longer demonstrate the unity or love of Jesus Christ. This should then make us aware of all that we do and say especially today on social media in the midst of America’s chaotic and acrimonious political atmosphere. Our words and actions reflect on Jesus and His message of love, forgiveness and mercy.

Perhaps like Paul in these opening verses can learn a lesson of how to deal with others who rub us the wrong way. Paul used tact and praise before criticism and correction. In my experience an avalanche of negative criticism leads to nothing but frustration, guilt and animosity. Words of praise for what we do right will temper adverse criticisms and make us more likely to heed them and so address our faults and sins. It will eventually promote the cause of the gospel as brethren manifest unity, humility, and repentance.