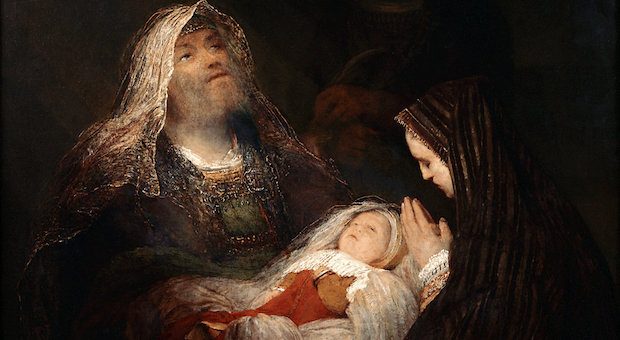 “Lord, now you are letting your servant depart in peace, according to your word; for my eyes have seen your salvation that you have prepared in the presence of all peoples, a light for revelation to the Gentiles, and for glory to your people Israel.” (Luke 2:29-32, ESV)

Simeon was a man who remained faithful to the law of the Lord. He was righteous, devout and filled with the Holy Spirit. He held on to a promise that the Lord had given him many years before, that he would see the Messiah before he died. Simeon had lived many years, and had seen things go from bad to worse as the Jews were enslaved by the Roman Empire with Herod installed as their puppet ruler. During his long years, Simeon had no doubt also seen many false Messiahs and witnessed much injustice, violence, bloodshed, deprivation, and suffering.
Maybe as he looked back at His life, he had no clue as to what the Lord was doing and what part he had to play. As he grew older, the temptation to doubt could have become very strong for the likelihood of the Lord fulfilling His promise seemed more remote. Perhaps others in his family and in Jerusalem, lacking his faith, thought he was a fool, unworthy of attention or admiration.

The Spirit of the Lord led him into the temple on the day that Mary and Joseph came to offer sacrifice according to the Law of Moses. The baby Jesus was the fulfillment of the promise Simeon had held onto all his life. He uttered a prophecy that the Lord had ordained for him to speak all his life. These words from the prophet Isaiah indicated that this child he held was the fulfillment of God’s promise of salvation for all mankind. The Messiah was a light to the Gentiles as well as the Jews. The Jews were not the only ones to benefit from God’s salvation. The promise was extended even to their enemies and those who had enslaved them, to those who did not even know that the Lord is the one true God. Salvation had come to the entire world in this one baby in fulfillment of the promise God had made thousands of years earlier. Our faith assures us that the promises of God will all be fulfilled in His time and His way.