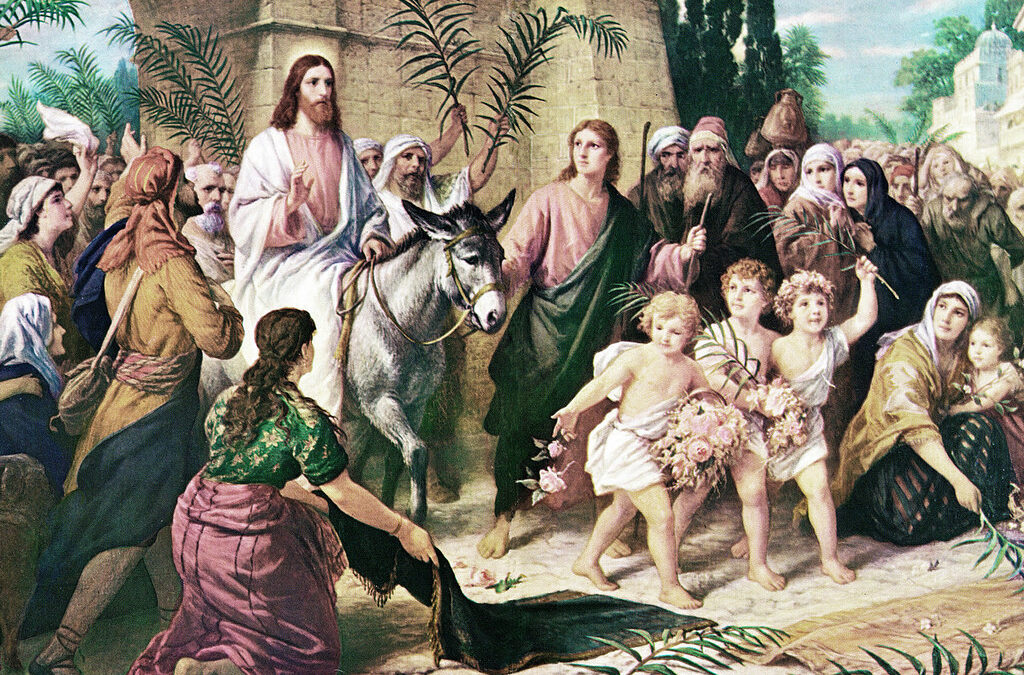 ” As for you also, because of the blood of my covenant with you,
I will set your prisoners free from the waterless pit.
Return to your stronghold, O prisoners of hope;
today I declare that I will restore to you double.” (Zechariah 9:11-12)
This prophetic oracle from the prophet Zechariah is usually read on Palm Sunday. Zechariah prophesies the coming of
the Messiah as King, a prophecy that, as we are aware, is interpreted as fulfilled by Jesus’ triumphal entry into Jerusalem
coming to be crucified. He did not come as a warrior King riding in a chariot or on a fine horse like some victorious
general, to lord it over everyone. He came on a donkey, a symbol of humility, peace, and service. He serves all mankind
by dying a humble and horrific death by crucifixion, deeply burdened by the hideous weight of the sins of all mankind. It is
only by His blood sacrifice that we are truly set free from sin and suffering.

Yet the context of the passage tells us that this prophecy is not just about Palm Sunday or even Good Friday but about
the event which Good Friday has made possible: the establishment of God’s Kingdom on earth, the end of the world.
Zechariah speaks of the absolute peace and freedom that Jesus will bring to all mankind, a peace and freedom which
even now we have a foretaste of and a deep yearning for. Down through the ages and even now human beings have
sought this peace and freedom through the use of force, shame, and violence which of course has always failed. How can
you achieve lasting peace if humanity rejects the means by which God has promised it? Christ will bring universal peace
by service and love and will keep that peace by enabling His followers to do the same. Those who reject the means Christ
has established in His blood will get what they want: eternal agony separated from the one they hate and reject. For the
believer the coming King, however, is a cause for rejoicing. Though we glimpse it dimly by faith, we can rest easy knowing
that it is an accomplished fact. We know that one day it will happen because the Lord has declared it and He never lies.