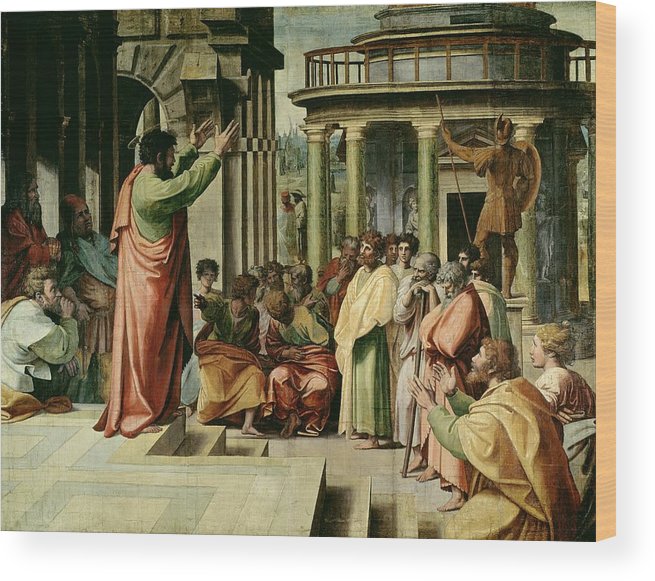 “The times of ignorance God overlooked, but now he commands all people everywhere to repent, because he has fixed a day on which he will judge the world in righteousness by a man whom he has appointed; and of this he has given assurance to all by raising him from the dead.” (Acts 17:30-31)

Idolatry is quite common today though it usually masks itself in America under the guise of Christianity, patriotism, philosophy, or paganism. The ancient Greeks at Athens had a great number of idols of stone. As Paul toured the city he was amazed at the great proliferation of these idols. Rather than rant and rail against the Greeks and their false beliefs with righteous indignation, Paul used this as an opportunity to preach the gospel with compassion, logic and understanding. To him, the vast number of idols not only signified the uncertainty of the Athenians regarding who or what God was, but also that many were at least seeking to know truth.

Paul began to reason first with the Jewish and Gentile worshippers in the synagogues but soon carried his argument into the city marketplace. There he attracted the attention of Athenian philosophers and intellectuals because he spoke of Jesus and the resurrection, concepts unknown to them.

Paul’s ministry in Athens teaches us lessons about dealing with nonbelievers and skeptics in these days of COVID chaos. While we believers know that the Lord is working through the pandemic to call many to repentance and faith unbelievers do not see things as we do. They may lash out at and blame God for their loss and grief. Science, community, fear, and self-reliance are the gods to whom they will appeal. And in the long run, all will prove unreliable and untrustworthy. All will fail to resolve the grief and spiritual longing all human beings feel. None will grant them eternal life.

Paul’s method of approach contains principles for us regarding how to present the gospel to those who know little or nothing about Jesus or Christianity. Paul’s desire was not to impress them or win an argument, but to win them over to Christ. Thus he started with something which was familiar to them, the statue of the unknown god. He complimented them on their religion as a sign of their desire for truth. He quoted pagan literature to convey truths about God. He presented the Biblical concept of a loving, personal and Almighty God who was interested in the salvation of all mankind. From what was familiar to his listeners, we, like Paul, can bring forth those things which are unfamiliar: the cross, sin, and the resurrection.

Paul reasoned that a God who created men in his image must have intelligence and a design and plan for all men. We can do the same proclaiming that such design and purpose was fulfilled in the person and work of Jesus. And, like Paul, we can end with a warning about judgment and the need for repentance. Faith is empty without repentance from sin.