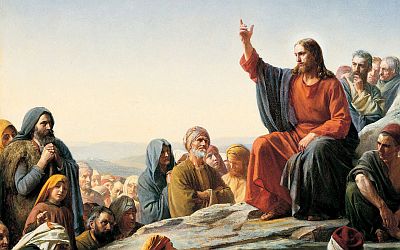 “Flee from sexual immorality. Every other sin a person commits is outside the body, but the sexually immoral person sins against his own body. Or do you not know that your body is a temple of the Holy Spirit within you, whom you have from God? You are not your own, for you were bought with a price. So glorify God in your body.” (1 Corinthians 6:18-20)

Paul’s words here fly in the face of what our cultural values deem appropriate. Our culture through the media promotes the idea that sexual immorality is fine in almost all the forms it takes. In fact all forms of morality are relative based on what the individual decides is right and wrong. Any appeal to an Almighty God who makes the rules that govern the universe and to whom all are accountable is scorned and ridiculed.

These days many so-called Christian churches and believers would take exception to Paul’s teaching to flee sexual immorality. Although Paul states that “All things are lawful for me” he is referring to adiaphora, things that are non essential for the faith, things that are neither right nor wrong, spiritually neutral.

Sexual relationships and acts, however, do not fall into this category. This is because the body of each baptized believer, the entire person belongs to the Lord. The Corinthian believers had to hear these words because most of them had come to faith out of a pagan culture. Although there were rules, laws, and taboos which governed everyday social and business interactions, immorality was the norm. Fornication and prostitution were common as was homosexual activity, though the latter was frowned upon. Christians had to shun acts and lifestyles because they were sinful and unholy.

And yet, our modern social standards are as corrupt as those of ancient Corinth. Thus when it comes to sexual behavior, we must shun the words that come to us through the media, academia, and the health care industry. We must listen to the Lord and abide by His word. Paul tells us that in a marriage a man and a woman become one flesh. Such marriage is God’s standard and rule. There is no debating the issue. We cannot rely on feelings or social standards. We cannot do as we please or what feels good or pleasurable. Christians should not act like the world in any way since we are no longer part of it. Those who continue in sexual immorality or promote it as normal, show by their actions that they are not of the Lord. Sexual immorality dishonors God, for it is idolatry, in which the self is worshipped. Thus it has no place in His temple.